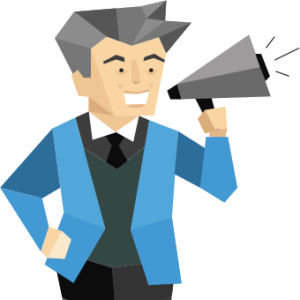 What is Market Joust? You may be wondering. Its a concept that I have been working on for the last few years.

In short, Market Joust is a second business or brand that I have been working on. Or at least was, right up until June 2020 or so. That’s when I lost focus on it and dived head first into trying to make sure Paradox Marketing made it through the pandemic unscathed.

Why I Want/ed to Launch a Second Brand

Here at Paradox, we position ourselves as a ‘consultative agency’. Or as Aaron often puts it, we are a consulting firm which gets s#$t done. When I first started Market Joust, it was to provide myself with an outlet. Somewhere which allowed me to be creative and not ‘have’ or feel like I needed to stay within the confines of a single brand.

Building a Platform Would Be More Scalable

In short, my goal was to build a platform business rather than a service business. A goal not unlike many a digital entrepreneur in this day and age. When we providing a boutique service, one which solves unique or new problems, then it will be limited by who has the skill to come in and ‘see the forest through the trees’ to quote Aaron. This however is not all that scalable, as it is such a personal and relationship driven service.

I wanted to Play with a New Brand

We had the same branding, design and general feel for Paradox Marketing for quite some time. We were probably mid-center on the formal informal equation, more illustrations than photos, but we used both.

Market Joust in many ways was me trialling just how far I could push into the obscene. I really do hope you read on and take a look at this, because it says more about the mentality I have to life than it does about any particular service offering ever could.

Market Joust is me taking the concept of A/B testing, and applying it to a medieval jousting tournament. With the general idea being that the Market Joust platform helps people test creatives faster and easier. Testing both the people creating, then testing that which was created.

This was more to outline an exact concept. That being hiring two teams or individuals to both build a landing page, and then a/b testing to determine a winner. With the winner receiving a larger chunk of the projects budget, an important distinction to make that this was never winner takes all.

This one was a little more ambitious as the sticker price for explainer videos is quite a bit higher, so creating two videos would seem to be an expensive move. Yet if you believe in testing, and you are playing in a large enough pond, then it could still make sense.

Our Most Recent Insights

Such data can help you identify what types of marketing efforts are particularly effective at driving phone calls. Data about

EVALUATING THE COSTS OF IN-HOUSE MARKETING FOR EFFICIENT BUDGET ALLOCATION

Evaluating The Costs Of In-House Marketing to Ensure Efficient Budget Allocation Every business must adhere to a marketing budget. This

What is Market Joust? You may be wondering. Its a concept that I have been working on for the last

We call this our inevitable and long awaited merger. When Joshua founded Paradox Marketing he managed to do sales whenever